Autism, or Autism Spectrum Disorder, is a known brain development condition that manifests itself as difficulty in communicating or socializing with others and can affect an individual and their family throughout their life.

It can be characterized through many facets, some of which may include: Lack of desire to interact with other people Display of erratic behavior that can seem hostile towards others Most commonly avoidance of eye contact when spoken to Display repetitive patterns of behavior

The term 'spectrum' reflects the wide variation in the challenges and strengths each child with this disorder possesses. Its most obvious features are almost visible between the ages of two and three. In some cases, it can be diagnosed as early as 18 months. 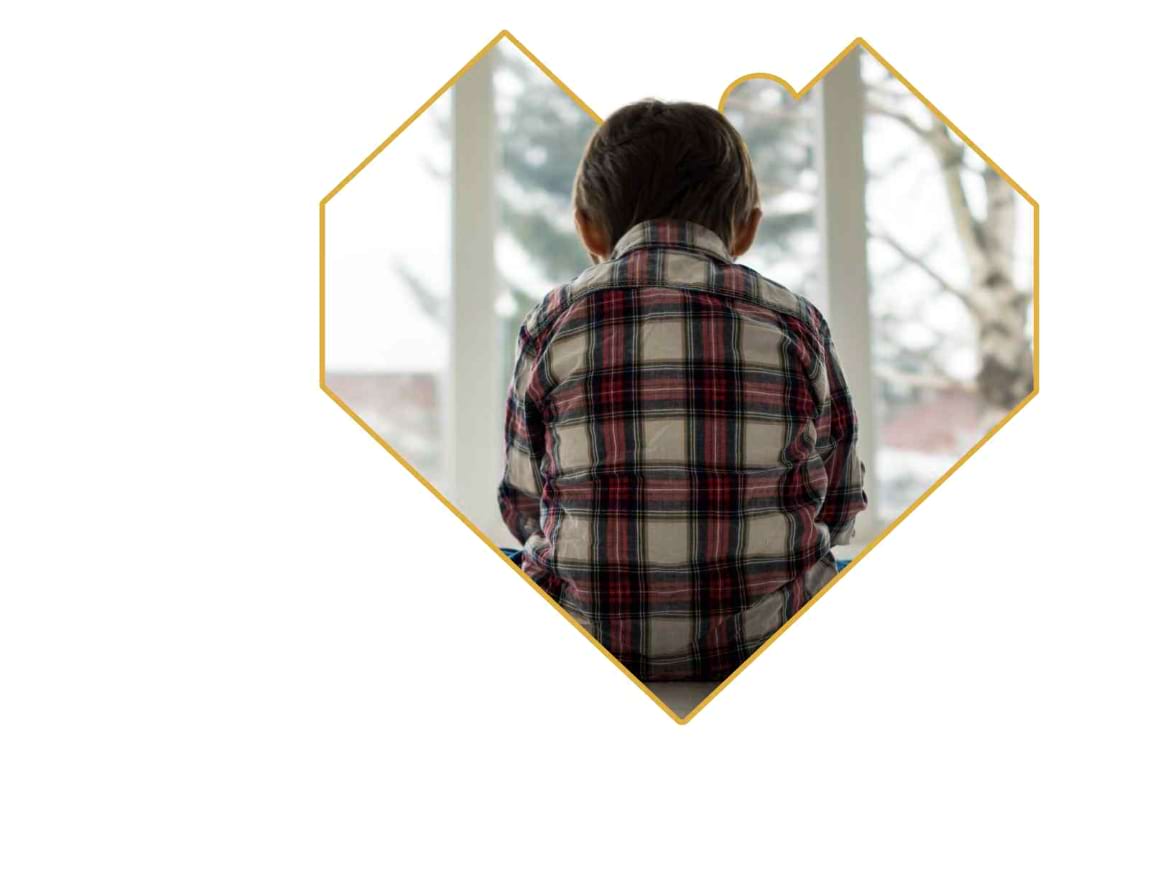 How does it happen?

From what we know now, there is no single cause of autism spectrum disorder. Research suggests that autism arises from the combined presence of these genetic, non-genetic, and environmental factors.It should be noted that the influence of these factors on the likelihood of developing autism does not make it a cause in itself. For example, it is possible to have some genetic changes associated with autism in non-affected people. Also, it is not necessary that someone's exposure to one of these influencing factors contribute to autism spectrum disorder, but it is likely that the vast majority will not be affected.

Research has found that autism is more likely to run in families, as changes that may occur in certain genes increase the risk. If a parent carries one or more of these altered genes, the likelihood of having a child with autism spectrum disorder increases even if one or both parents do not have it. Other times, these genetic changes arise spontaneously in the embryo (embryo) early or in the sperm and/or the egg that makes up the fetus. Again, most genetic changes alone do not cause autism, but simply increase the likelihood of developing the disorder.

Research shows that certain environmental influences may increase or reduce the likelihood of developing this disorder in individuals who have a genetic predisposition. More importantly, the increase or decrease of the risk factor remains small/weak in any of the following factors: The probability of infection increases when:

The risk of infection increases when:

The incidence of infection decreases when taking pregnancy vitamins that contain folic acid before conception, at the stage of fertilization, and during pregnancy.

How can genetic and non-genetic factors contribute to autism spectrum disorder? Many of these factors have been shown to influence important aspects early during brain development. Some show an effect on the way neurons or neurons communicate with each other, and others show an effect on the way different areas of the brain communicate with each other. Research continues to explore these differences, with a focus on developing therapies and support to improve the quality of life of affected individuals.

One in 59 children suffers from

40% of children with autism are unable to speak.

Males are four times more likely to have autism than females.

The origins of the term

The term 'autism' was first used in 1911 by psychiatrists. This phrase derives the word from the phrase separate from the others. The first person to identify autism as quantitative behavioral symptoms was a pediatric psychiatrist named 'Leo Kanner' (Leo Kanner).

There is no clear medical test to diagnose the disorder, and neither a blood test nor a brain scan can be a conclusive guide to diagnosing autism spectrum disorder. Although researchers are actively trying intensively to develop such tests and diagnostic scales. Currently, clinicians/clinical specialists in diagnosing autism spectrum disorder rely on observing a child's behavior to determine the presence of the main symptoms of autism: communication difficulties, lack of social interaction and repetitive and restrictive behaviors.

The diagnosis of autism spectrum disorder can be done in two steps, as follows:

It is a brief examination that indicates whether the child learns basic skills easily or has difficulty in that.

The doctor asks several questions to the child's parents and the child himself during the examination to monitor how he responds in terms of movement, speech and reaction, where the delay in one of these skills is taken into account. .

It is a comprehensive review, which includes looking at the child's behavior and development and interviewing his family, and also includes a hearing and vision examination, genetic examination, neurological examination, and other medical tests.

In some cases, the doctor may choose to refer the child and their family to a specialist for further diagnosis and assessment. Specialists who are able to do this type of assessment are: 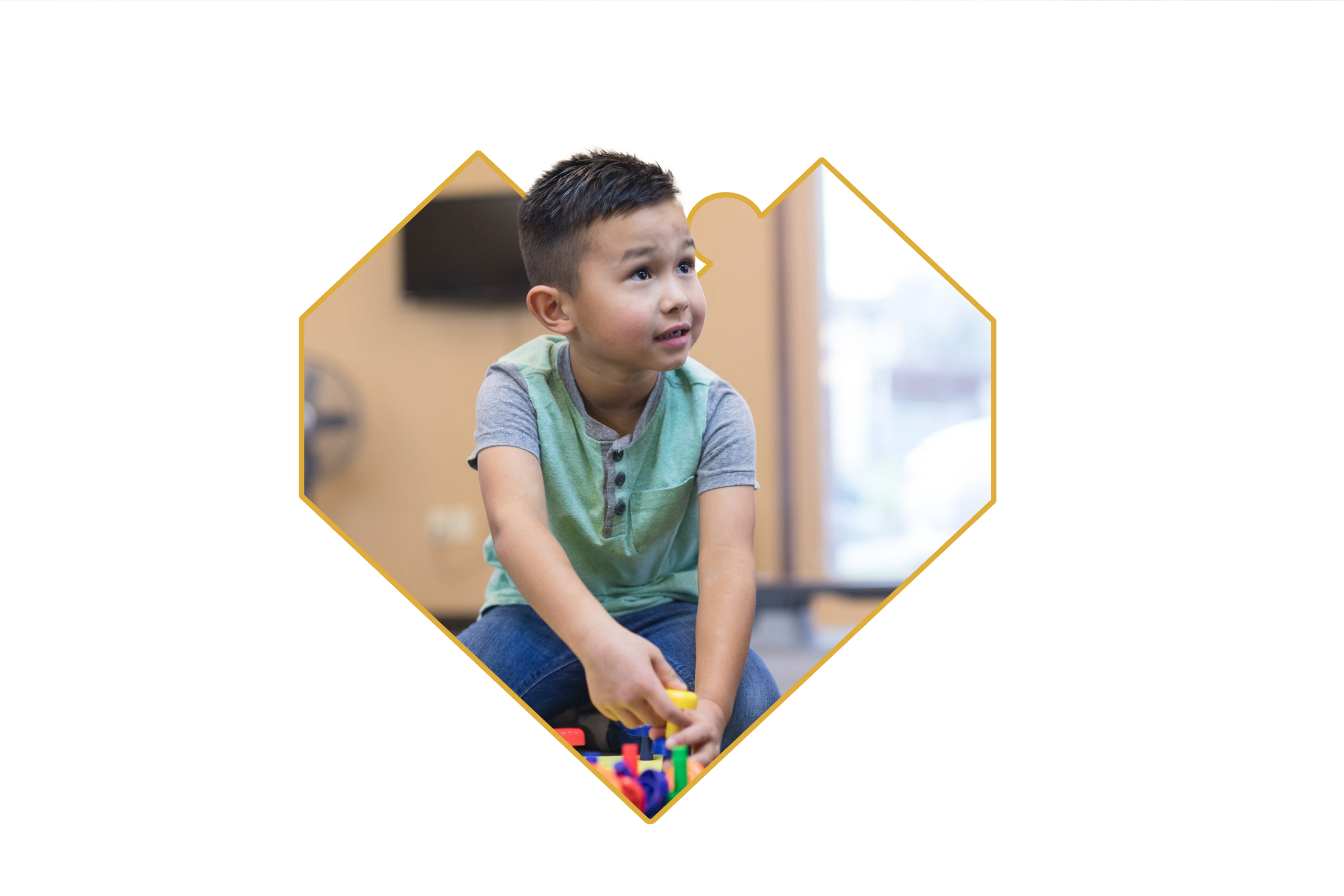 Many children's quality of life is greatly improved through a diagnosis that leads to evidence-backed intervention or support that recognizes individual strengths and interests.

(16-30 months) is a test to detect and identify children who are at risk of developing autism spectrum disorder, the method is during the periodic medical examination appointments for the child at the age of 18 and 24 months parents are given a checklist test (Children Autism Questionnaire) and asked to answer On 20 "yes or no" questions about the child's social, motor and language skills. Depending on the test result, the clinicians/clinicians use the diagnostic tools to determine whether the child has autism spectrum disorder or not.

More than half of people with autism spectrum disorder have four or more co-existing conditions with autism. The types of conditions associated with autism and how they manifest differ from person to person.

In general, the disorders that overlap with autism fall into four categories: 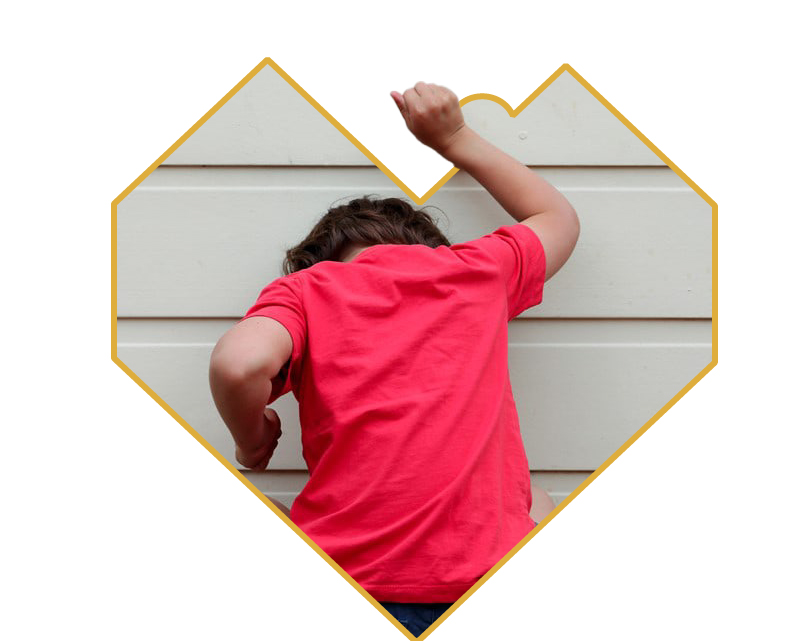 Studies have shown that people with autism spectrum disorder have the will to share their surroundings, but they have difficulty communicating and focusing, which leads to a loss of this will and isolation.

Characteristics of autism spectrum disorder that affect social interaction include difficulty recognizing social cues and telling when to speak or listen, as well as difficult-to-read facial expressions, which leads to social isolation.

Some children with autism spectrum disorder may not be able to communicate using speech or language, and others may have a rich vocabulary and be able to talk about specific topics in great detail.

Autistic children have problems with the meaning and rhythm of words and sentences, and may not be able to understand body language and the meanings of different vocal tones. These difficulties affect the ability of children with autism spectrum disorder to interact with others, especially people of their age.

The following are some of the patterns of language use and behavior that are often found in children with autism spectrum disorder.

Children with autism often say things that don't make sense or are not related to conversations with others, for example: the child may count one to five times repeatedly in the middle of a conversation that is not related to numbers.

Some children with autism speak in a high-pitched voice, sing a song, or use robot-like speech. Other children use phrases to start a conversation. For example, the child might say "My name is Tom," until you talk to friends or family. 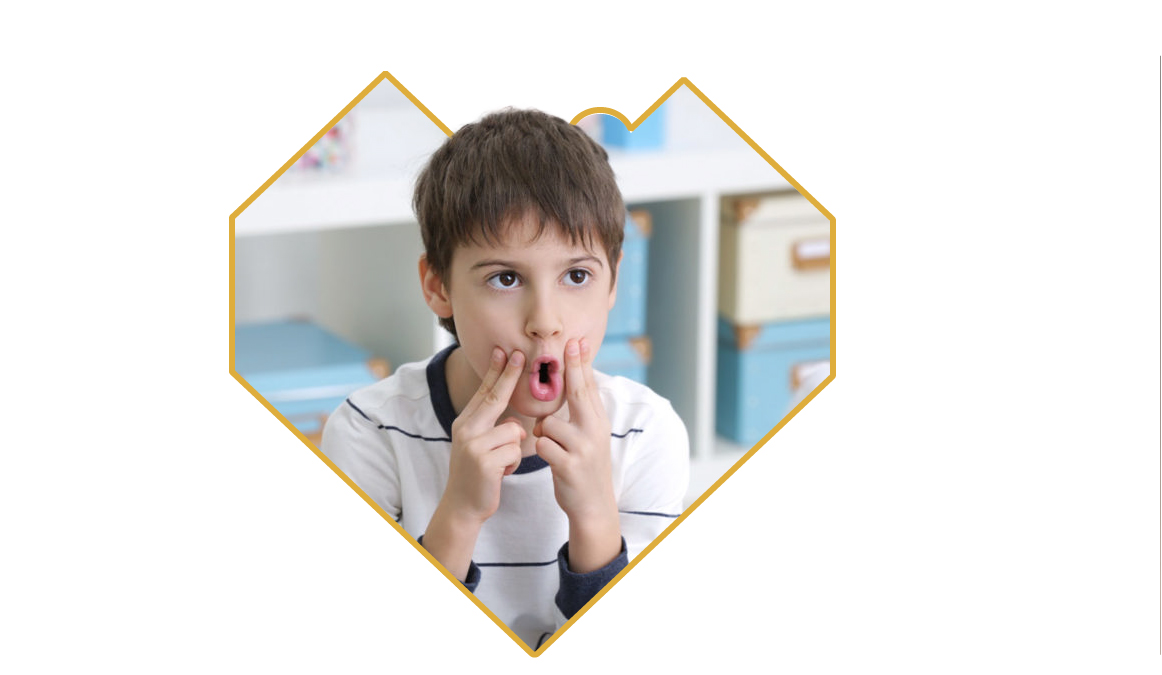 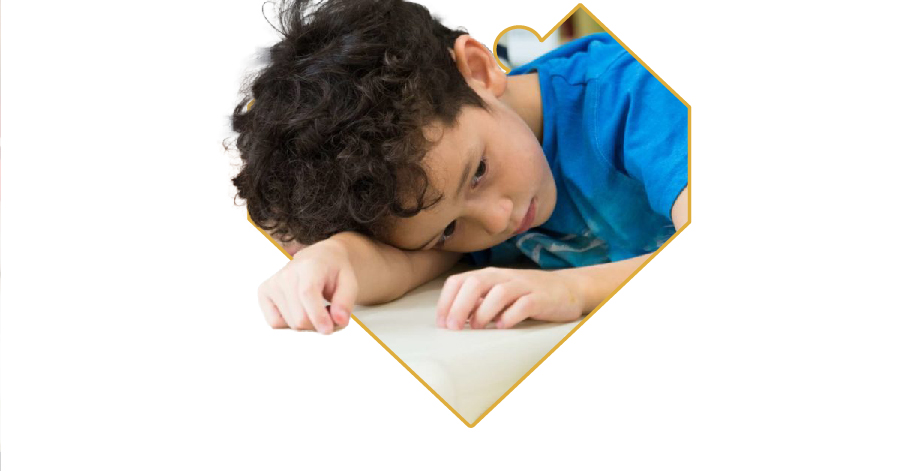 Some children are able to make in-depth one-on-one talk about a topic of interest, although they may not be able to conduct a two-way conversation on the same topic, and others have musical talents or an advanced ability in math calculations.

Children with autism spectrum disorder have some speech and language skills, but they are not at the level of normal ability, and their progress is usually uneven. A child with autism may be able to read words before the age of five but may not understand what he has read. A child with autism does not usually respond to other people's speech and may not respond to his name, as a result of this it is sometimes thought that these children have a hearing problem.

A child with autism may be able to read words before the age of five but may not understand what he has read. A child with autism does not usually respond to other people's speech and may not respond to his name, as a result of this it is sometimes thought that these children have a hearing problem. 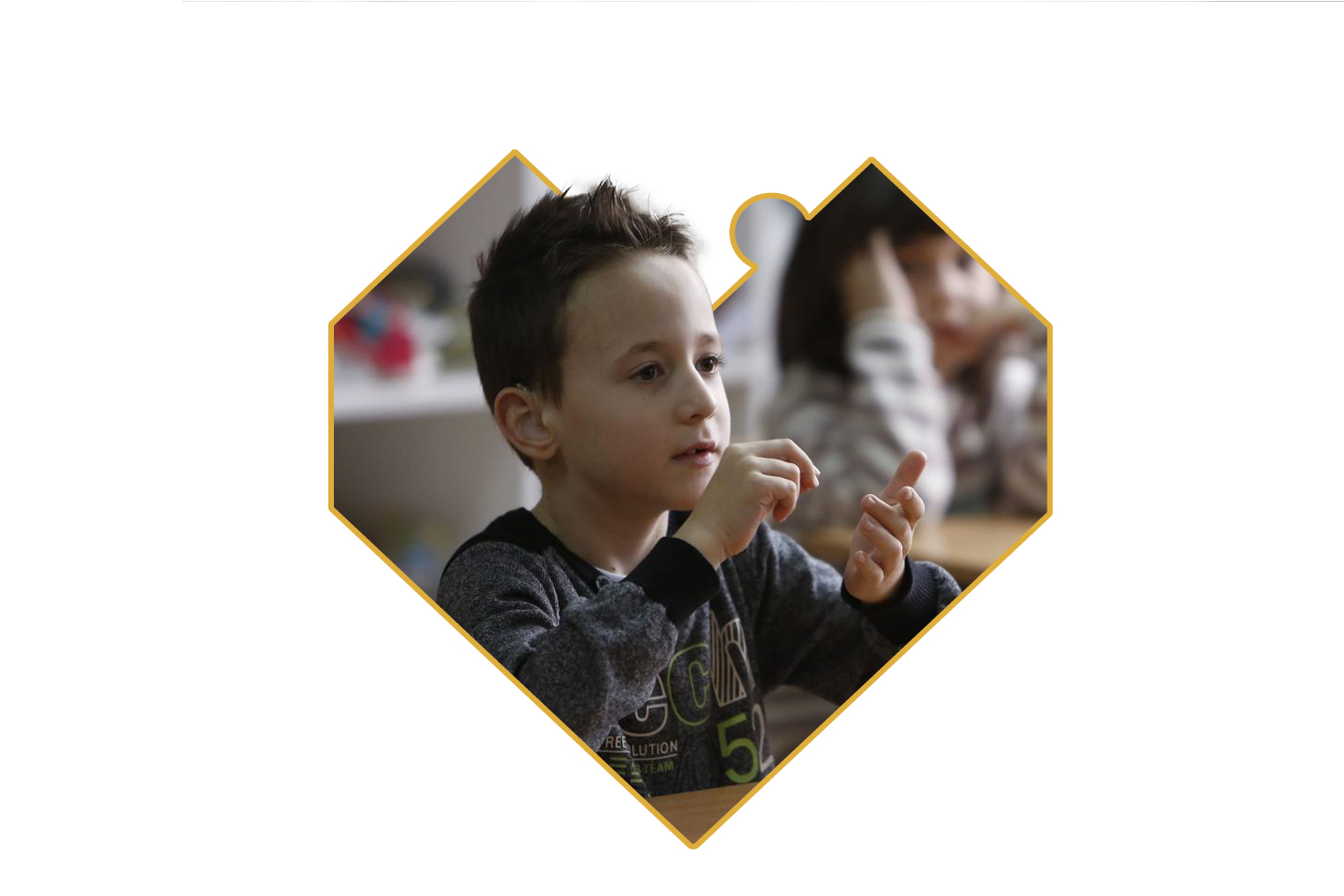 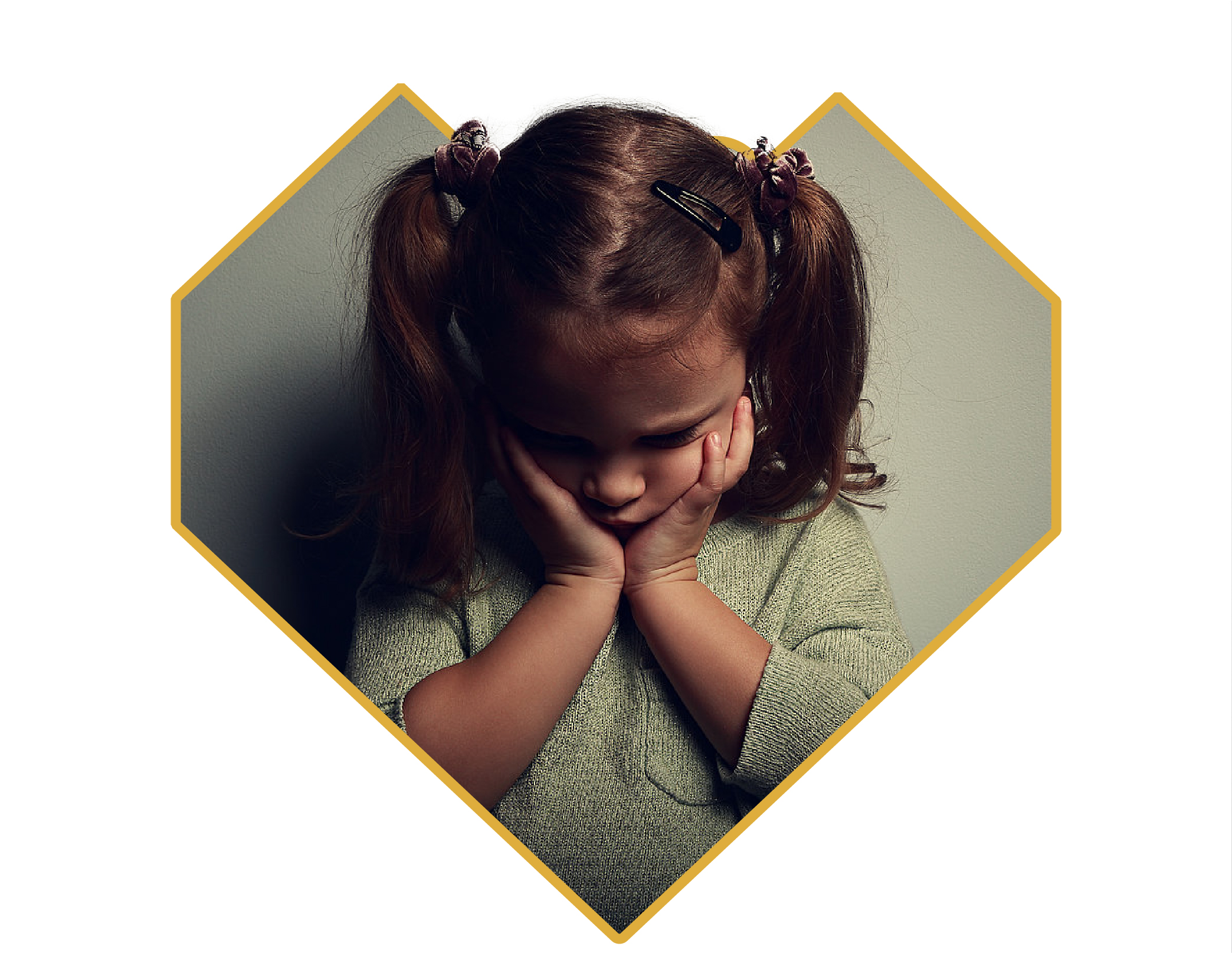 Through many years of research and medical diagnostic observations, behavioral patterns related to autism have been monitored and recorded, through which several symptoms and traits of autism have been identified.

Anyone considered to be on the autism spectrum is affected by one of the following two main ranges:

In addition, many people with autism may suffer from what is called a severe meltdown, which literally means that the person with autism, tends to scream and tantrums in cases of psychological confusion. This breakdown can be expressed verbally, such as yelling, or physically in ways such as slamming, kicking, and sometimes biting.

Another form of behavior in people with autism may be associated with an inability to cope with a situation that promotes anxiety, which may lead to unusual circumstances and behaviors including, but not limited to, easy loss of patience, difficulty concentrating, difficulty sleeping, depression, or attachment of a specific person or thing.